This was probably the best shot I managed to get for the whole of the trip. I had a few others that I was proud of, but due to the inclement weather on the North Shore on this day, I wasn’t really able to get the outstanding shots I had hoped for.

The trip was pretty last-minute for me. I saw my friends in the lobby preparing for something, and I asked what they were doing. There was to be a birthday party on the North Shore for our organization’s president. They asked me if I wanted to go, but I had so much homework to do, I declined. After an hour went by, I wanted to kick myself for squandering an opportunity (yes, though it should not be so, photography occupies more time in my mind than school work). Slightly depressed, I went to the kitchen to boil some eggs for lunch.

The kitchen overlooks the parking lot, so I happened to notice that my friends and the president had not left yet. I called out to him, “Happy birthday, Mr. President!” Again, I was offered the opportunity to join them. This time I took it.

A trip from Honolulu to the North Shore takes barely an hour, probably not even that long. We made it to a beach I’d never been to but which was past Haleiwa and before Waimea Bay. The weather was pretty nice initially, and the waves were incredibly high…at times double over head. I don’t think I’d seen waves that high in person before, except for maybe the terrifying shore break I witnessed at Waimea Bay in January 2011. The waves on this beach were high, but not particularly scary, and the surfers seemed to be having a lot of luck catching some good waves.

However, gray clouds rolled in quickly and began to rain intermittently on our party. At one point, it started to pour but thankfully stopped quickly. It was a good thing I brought my umbrella, so that when I went back out with my camera, I at least had protection for my equipment. However, it made picture-taking incredibly cumbersome.

Weather aside, I got a few good pictures, and some excellent shots of sea turtles lying on the beach; but nothing was really stellar for me. I had definitely had better days. The party chose to head out around 5:30, which disappointed me at first because I really wanted to be there for the sunset, but my disappointment didn’t last long because it was announced we were heading out to the condos at Turtle Bay for birthday cake. Not only that, but our driver was insistent we get there quickly to see the sunset, and he knew some shortcuts through the resort to get us to the best vantage point fast.

Right before we arrived at Turtle Bay, it seemed the cloud cover was disappearing, and I was stoked because that would mean that I could get some dynamic shots of the sky (some clouds without covering the sun make for super awesome shots!). However, the cloud cover returned by the time we reached the spot.

The result is the picture you see here–one stretch of coral pink sky above eerie, milky waves (the waves were REALLY churning here). The picture is a bit more subtle than what I am used to because I tend to like shooting incredibly bright photos, but I like the softness of the picture and the composition (composition is not my strongest suit). I did not shoot in raw because of the sheer volume of pictures I get while shooting in sports mode to capture the surfers. Because of this, I cannot say specifically what I did to create this picture, but I am certain the shutter speed was above 3 seconds, the ISO at 100, and the white balance set to “white fluorescent.” Mis-adjusting the white balance can make for very interesting photographs, so I like to play around with it.

Number one thing I learned: buy a UV filter to protect the lens. I had a UV filter for my manual SLR, but I had not gotten around to purchasing one for my digital camera. This is now on the top of my “to-buy” list. When it started to pour, my camera lens was left exposed. I am not particularly concerned about rain (perhaps I should be!), but I was mostly concerned with having to wipe my lens with my shirt to dry it off. I realized that one false rub, and my lens would be ruined. A UV filter costs much less in comparison. Therefore, this is going to be the first thing I buy for my 58mm lenses. 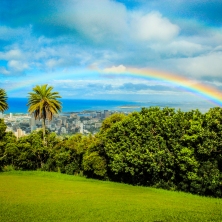 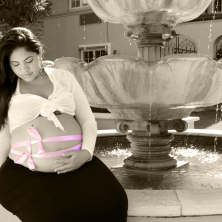 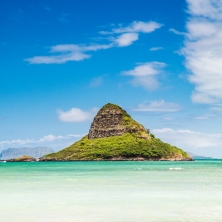 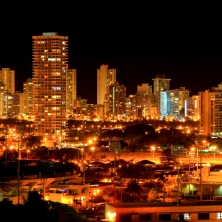 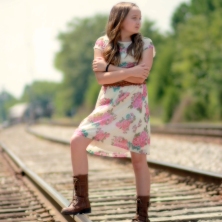 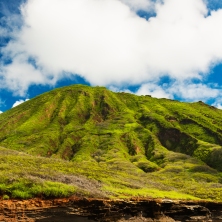 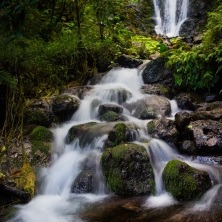 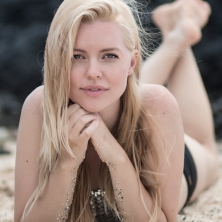 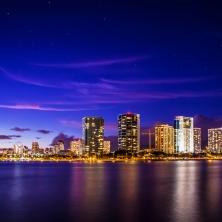 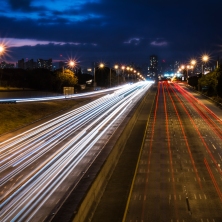 The fountain of Sacred Heart Church lit up at night. 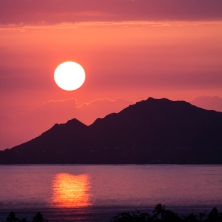 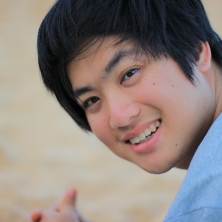 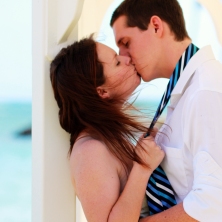 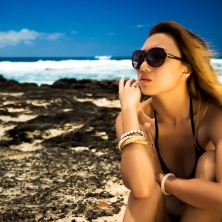 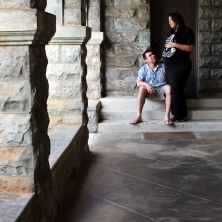 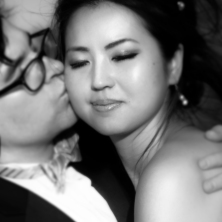 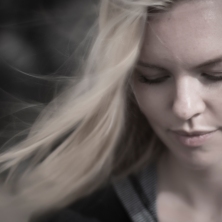 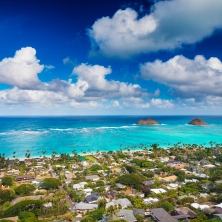 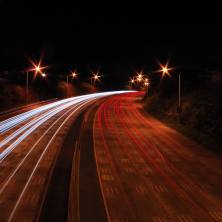 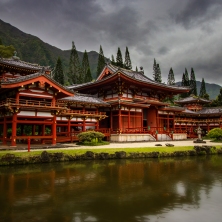